This is part 4 of a 5 part series on Time Outs excerpted from our book, “The Secret to Lifetime Love”. 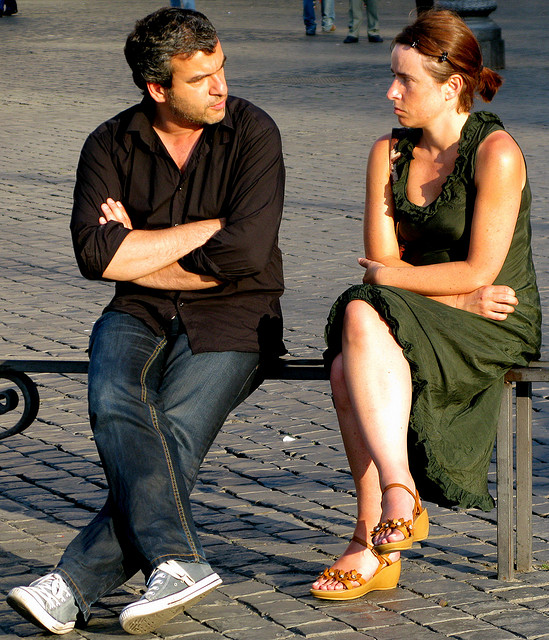 As soon as you have agreed to when the Time Out will be concluded, you should make sure to keep your end of the agreement and return to the conversation at the scheduled time and place. The next Time Out rule is to do just that.

The tongue of the wise adorns knowledge, but the mouth of the fool gushes folly. Proverbs 15:2 (NIV)

Return to Conversation as Scheduled

In those cases, we encourage a brief engagement at the agreed-upon time for the purpose of negotiating another time to have a conversation. Return to face each other as agreed, even though you are not ready to solve the issue yet; but do not pursue solving the problem. Instead, schedule when you will be getting back together again. For instance, “Honey, I thought I would be ready, but I think I’m still pretty mad and I’m not ready to do this yet. Can we get back together in about an hour?”

No Talking About Subject Until Scheduled

Linda and Donald were in an on-again, off-again relationship. They were attending one of our Life Together Forever Weekends and had listed their relationship as “Seriously Dating”. During a break, Linda told us that they had tried a time out in the past but that Donald just won’t leave the issue alone. He will follow her wherever she goes throughout the house. She reported that she sometimes refuses to look at him or talk to him when he is following her around the house but that he continues to try to engage her in the argument.

Of course, Donald and Linda were not practicing the Time Out Rules together. During the weekend, we helped him develop some specific activities that he could immediately do to move him away from the triggering argument and help him calm down. Linda agreed to return to the conversation at the appropriate time, even if it was just long enough for them to reschedule the issue-solving conversation.

Communication About Other Things Continues During Time Out

Time Out means that we are only taking a break about the triggering issue. It does not require the parties not to be in the vicinity of each other. It does require that communication continue about other household management issues, such as transportation, meal planning, chores, and so on. You can talk about anything that is not a triggering issue during Time Out. Speak to each other about important things that cannot wait until Time Out is over, as long as they are not triggering the subject that caused the tension.

We encourage you to learn and practice Time Out Skills if either spouse is becoming triggered. When you re-engage each other, focus on using the Speaking and Hearing Truth Skills in order to achieve issue resolution and move forward together. By using these skills, you will improve your marriage commitment and strengthen your intimacy with each other.

Now that you know what you and your spouse should and should not do during a Time Out, watch for the next post in this series on Time Outs.

We love to hear from readers.  Have you ever thought about what to do and not to do during a time out?  Have you ever witnessed one spouse try to leave a heated conversation and the other spouse follow them as they leave?  What other recommendations do you have for couples to follow during the time out and as they get back together again?

Comment0 | Share | Tweet | Share | Pin It | +1 | print | email
Categories: Before You Divorce, Creating The Marriage You Want
Disclosure of Material Connection: Some of the links in the post above are “affiliate links.” This means if you click on the link and purchase the item, I will receive an affiliate commission. Regardless, I only recommend products or services I use personally and believe will add value to my readers. I am disclosing this in accordance with the Federal Trade Commission’s 16 CFR, Part 255: “Guides Concerning the Use of Endorsements and Testimonials in Advertising.”