1 Around the time of Elizabeth’s amazing pregnancy and John’s birth, the emperor in Rome, Caesar Augustus, required everyone in the Roman Empire to participate in a massive census— 2 the first census since Quirinius had become governor of Syria. 3 Each person had to go to his or her ancestral city to be counted. 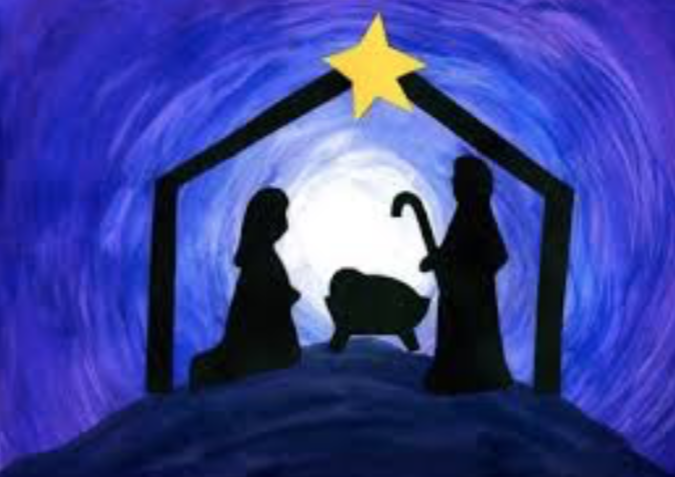 This political background isn’t incidental: it is crucial to the story. Conquering nations in the ancient world work in various ways. Some brutally destroy and plunder the nations they conquer. Some conquer people as slaves or servants. Other empires allow the people to remain in their land and work as before, but with one major change: the conquered people have to pay taxes to their rulers. The purpose of a census like the one Luke de-scribes is to be sure that everyone is appropriately taxed and knows who is in charge.

4-5 Mary’s fiancé Joseph, from Nazareth in Galilee, had to participate in the census in the same way everyone else did. Because he was a descendant of King David, his ancestral city was Bethlehem, David’s birthplace. Mary, who was now late in her pregnancy that the messenger Gabriel had predicted, 6 accompanied Joseph. While in Bethlehem, she went into labor 7 and gave birth to her firstborn son. She wrapped the baby in a blanket and laid Him in a feeding trough because the inn had no room for them.

8 Nearby, in the fields outside of Bethlehem, a group of shepherds were guarding their flocks from predators in the darkness of night. 9 Suddenly a messenger of the Lord stood in front of them, and the darkness was replaced by a glorious light—the shining light of God’s glory. They were terrified!

Messenger: 10 Don’t be afraid! Listen! I bring good news, news of great joy, news that will affect all people everywhere. 11 Today, in the city of David, a Liberator has been born for you! He is the promised Anointed One, the Supreme Authority! 12 You will know you have found Him when you see a baby, wrapped in a blanket, lying in a feeding trough.

13 At that moment, the first heavenly messenger was joined by thousands of other messengers—a vast heavenly choir. They praised God.

14 Heavenly Choir: To the highest heights of the universe, glory to God!
And on earth, peace among all people who bring pleasure to God!

15 As soon as the heavenly messengers disappeared into heaven, the shepherds were buzzing with conversation.

Shepherds: Let’s rush down to Bethlehem right now! Let’s see what’s happening! Let’s experience what the Lord has told us about!

16 So they ran into town, and eventually they found Mary and Joseph and the baby lying in the feeding trough. After they saw the baby, 17 they spread the story of what they had experienced and what had been said to them about this child. 18 Everyone who heard their story couldn’t stop thinking about its meaning. 19 Mary, too, pondered all of these events, treasuring each memory in her heart.

20 The shepherds returned to their flocks, praising God for all they had seen and heard, and they glorified God for the way the experience had unfolded just as the heavenly messenger had predicted.

Comment0 | Share | Tweet | Share | Pin It | +1 | print | email
Categories: Creating The Marriage You Want, Events, Free Resources for Couples, Ministers and Pastors
Disclosure of Material Connection: Some of the links in the post above are “affiliate links.” This means if you click on the link and purchase the item, I will receive an affiliate commission. Regardless, I only recommend products or services I use personally and believe will add value to my readers. I am disclosing this in accordance with the Federal Trade Commission’s 16 CFR, Part 255: “Guides Concerning the Use of Endorsements and Testimonials in Advertising.”