Too many couples have called us over the years in despair at the eleventh hour asking for help. Frequently when we meet with the couple in our office for a full day Marriage Intensive, what we learn is that they have unresolved issues that neither is willing to have a conversation about. The thing that is in their way, (usually because it elicits one or more of the Marriage Killers) is fear. They are afraid to have any in depth conversation. 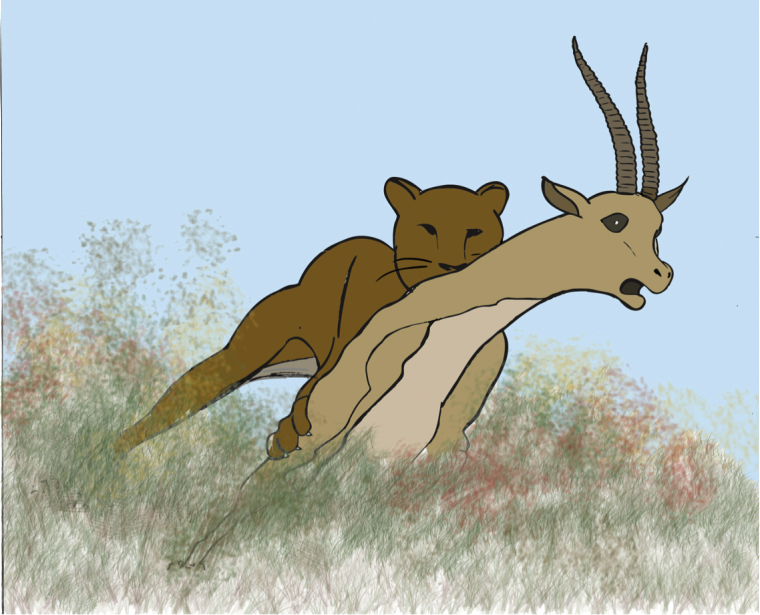 Fear has so much power. When it is around, we usually get stuck. We become paralyzed and fail to act. We stop and hide. We run away from the issue as fast as we can. Fear debilitates us and moves us away from each other instead of toward each other.

We’ve shared this story about how lions hunt gazelles in over a hundred couples weekends and I hope you do not mind us sharing it here again.

I’m told that gazelles are graceful and fast. As pack animals, they stay together in the heard and eat in meadows where they can keep track of any potential threats. Their speed and agility is admired and respected by their nemesis, the lions. Lions know that they are not as agile and fast. As pack animals, they usually hunt with all the females of the pride. The older female lions lie in the tall grass in the vicinity of the herd of gazelles. The younger, faster female lions work their way around to the other side of the herd. When the signal is given, the younger lions take off toward the gazelle herd with the intention of separating out a few from the rest of the herd. As they get separated from the herd, the smaller number of gazelles are pushed by the younger lions toward the tall grass. As they enter the tall grass, the older female lions simultaneously let out their loudest roar. Fearing the sound of the old female lion’s roars, the gazelle jump back away from the tall grass into the waiting jaws of the younger female lions.

Check out next week’s blog for the beginning of a 3 part series on how to have the marriage saving conversation you are afraid to have.

This article was written by Roy and Devra Wooten, authors of “The Secret to a Lifetime Love”. Learn more at www.LifeTogetherForever.com © Roy and Devra Wooten 2014. All Rights Reserved. You may replicate this article as long as it is provided free to recipients and includes appropriate attribution. Written permission for other use may be obtained at Secret@LifeTogetherForever.com.

Share | Tweet | Share | Pin It | +1 | print | email
Category: Uncategorized
Disclosure of Material Connection: Some of the links in the post above are “affiliate links.” This means if you click on the link and purchase the item, I will receive an affiliate commission. Regardless, I only recommend products or services I use personally and believe will add value to my readers. I am disclosing this in accordance with the Federal Trade Commission’s 16 CFR, Part 255: “Guides Concerning the Use of Endorsements and Testimonials in Advertising.”

4 thoughts on “Is Your Marriage Worth Having the Crucial Conversations?”