Father absence is at epidemic status in the United States today. Yet, science has been unable to produce a single child without one. In fact, 100% of children have a father. Some are deceased, incarcerated, pushed away or errantly absent, but everyone has a father… it’s the only way children are made. 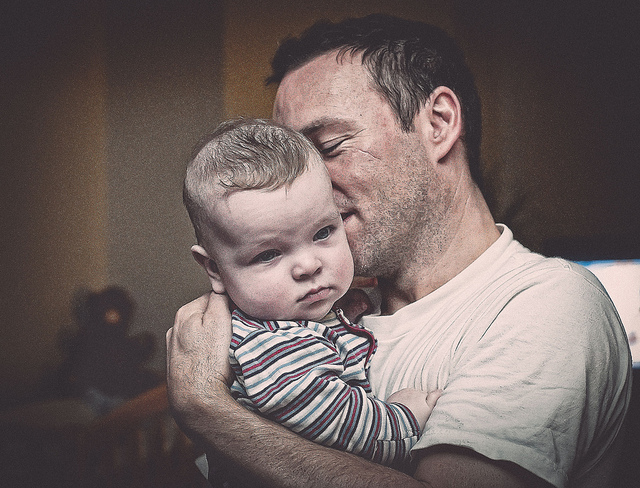 For decades, research focused on why mothers are central to children. It is a no-brainer that moms play a critical role in parenting and child development. Sometimes single moms tell us that they are “the mother and the father.” They may be doing double duty, but mom cannot replace dad. In the past few decades research has revealed that “father need” is as central to children as “mother need.”

Child outcomes are significantly different when Dad is in the home and engaged with their child. Children who have an actively involved father in their life are:

Roy has written a curriculum for expectant and new fathers titled “Full Throttle Into Fatherhood” which has been presented in Carenet Pregnancy Centers and Juvenile Justice Facilities. You can learn more about this effective curriculum in the store.

We love to hear from readers.  We would like to know about dads doing it well. Dads, how are you giving your children what they need from you? Moms, what is the dad of your children doing well?

Share | Tweet | Share | Pin It | +1 | print | email
Category: Dad Matters
Disclosure of Material Connection: Some of the links in the post above are “affiliate links.” This means if you click on the link and purchase the item, I will receive an affiliate commission. Regardless, I only recommend products or services I use personally and believe will add value to my readers. I am disclosing this in accordance with the Federal Trade Commission’s 16 CFR, Part 255: “Guides Concerning the Use of Endorsements and Testimonials in Advertising.”