We are so thankful for those who’ve served our country, and freedom loving people all over the world, in freedom’s cause. While military personnel are away from home, spouses and children sacrifice in their absence. We are thankful this Veteran’s Day for the services of Military Personnel and Veterans and the sacrifices that their spouses and families have made.   We also pause in remembrance of those who lost a loved one or those who were injured in their service.   Thank you! 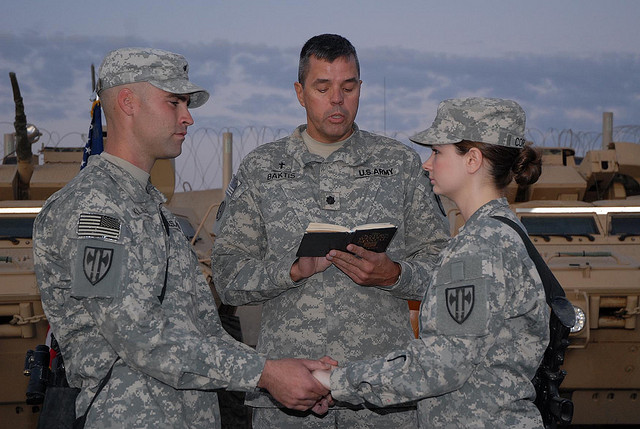 In our work with couples, we have witnessed the ongoing sacrifices of too many post-9/11 couples and families. According to a study released by the Pew Research Center, veterans of the Afghanistan and Iraq war have special challenges.

Why Are Veterans Marriages Failing?

In addition to the difficulties in which all couples find themselves from time to time, veteran couples have special stressors that are different than most of ours.

We are so thankful for all Veterans and their families. May God bless you in your relationship with Him and may He bless your marriage and family!

We love to hear from readers.  What are you doing to honor veterans this Veterans Day?   How can you help strengthen a veteran’s marriage?  If you are veteran, what would you add?