In his early 30’s, Jeremy has been in one relationship after another. He falls in love and they move in together. After about a year or so, things begin to heat up and he feels pressured to put a ring on her finger. When he calls for coaching, he says the same things: 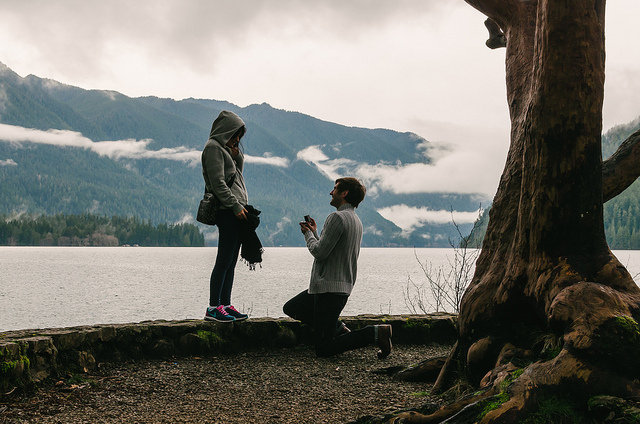 “I’m not financially stable enough to get married yet.”

“I don’t want to get married and end up divorced like my parents.”

“I’m not sure she is the one for me. I love her but we get into fights a lot and she is really annoying when she…”

“I’m not sure I’m ready to make such a long term commitment.”

‘Find a good spouse, you find a good life—and even more: the favor of God!’ Proverbs 18:22 (The Message)

Since the late 60s, marriage has fallen out of popularity.

There is a paradox at work here. Young men do not feel “ready”, or “man enough” to make a lifelong commitment. They feel like they need to have their finances in better order before they commit and they fear the relationship will end up failing anyway.

At the same time, research is telling us that when a man jumps off the cliff and makes the long term commitment in marriage, he becomes a better man. In fact, men benefit more from marriage than women do.

Before you say “I Do” invest in a Life Together Forever marriage class or get some coaching or counseling from a minister, or Christian Counselor or Coach.  Develop some skills to make the commitment work and to build the relationship that you have always dreamed about.

We love to hear from readers. Have you ever thought about the paradox that what keeps men from getting married will actually change when they make the commitment.  Did you know that men become better, healthier and happier when they get married?  What advice would you give to a man considering proposing?  Do you know someone who you need to forward this article to?

Share | Tweet | Share | Pin It | +1 | print | email
Categories: Before You Marry, Ministers and Pastors
Disclosure of Material Connection: Some of the links in the post above are “affiliate links.” This means if you click on the link and purchase the item, I will receive an affiliate commission. Regardless, I only recommend products or services I use personally and believe will add value to my readers. I am disclosing this in accordance with the Federal Trade Commission’s 16 CFR, Part 255: “Guides Concerning the Use of Endorsements and Testimonials in Advertising.”