Deanna called describing deep sadness and depression. “Peter treats everyone better than he treats me. “ Over thirteen years ago she was drawn to Peter’s incredible graceful spirit toward everyone that he came in contact with. “Peter has a huge heart and is very caring, except when it comes to me.” 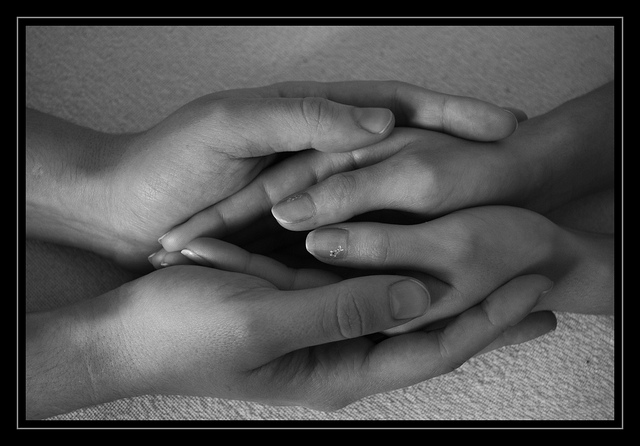 Peter and Deanna came in for a Marriage Intensive. During the course of the day we discovered that Peter’s good nature and high empathy with others was a great quality that had began to get in the way of the marriage he really wanted with his wife.

Peter described how he has set up his life to be like Jesus. In his job he comes in contact with people who need grace. An angry customer has told off one of his employees and it is up to him to understand what she is going through, help her feel heard and provide customer service.

He follows up with his pastor at his church who has asked him to talk with a family who feels disgruntled at how the youth program is working.   Another hour of connecting and empathizing and he heads home.

On the way home, he receives a call from his son who wants to quit baseball. He listens and supports and provides wise counsel. He feels good about all that he has done to help people all day.

And as he comes into the house, Deanna is frustrated that the bathroom sink has clogged up again. “When are you going to fix it for good?” Instead of giving her the empathy and connection that he has given others all day long, he pops off a very defensive response. “If you would stop putting your eyeliner pencil shavings down the drain it wouldn’t keep getting stopped up.”

Peter said, “Its like I have a tank full of tolerance as I leave every morning and when I get home, I’m on empty.”

We love rubber bands. It is the elasticity that makes them useful for a seemingly unending number of solutions.

If you have ever pulled a rubber band back to the point of maximum elasticity, you know that at some point it will break. When it does, it pops and hurts.

Grace in the Moment

During the Marriage Intensive, Peter and Deanna reconnected around the reasons that they originally fell in love. They spoke openly and truthfully about the past pains in their marriage, accepting personal responsibility for what they had created and offering apologies and reconnection.

They each developed individual commitments to themselves around their goals for preventing this negative pattern of interaction.   Peter committed to adding a few moments to decompress before coming into the home. On his way home, he agreed to use his commute as a time of solitude. He will listen to soothing music on the way home and not answer calls that are not family calls, letting them go to voicemail for later on.

Deanna committed to greeting Peter warmly as he returns from work. She agreed to put aside the tasks she needs help with for another hour of the evening and instead provide him with a warm welcome home and physical affection.

Both committed to reprioritizing their lives to spend more time together dating and connecting.   And both agreed to give each other the grace they deserve.