Barnard and Shelley called for help in their relationship. He is the CEO of a mid-sized privately held fortune 500 company. She is an established attorney who has achieved praise from professionals across a broad spectrum of professional organizations. Their career achievements make them one of the highest powered couples we’ve ever worked with. 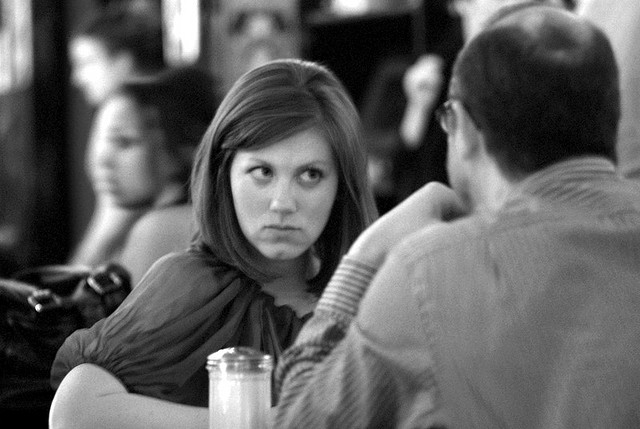 But they weren’t asking us to keep their marriage together. A few years ago, following a public affair and following advice of family and friends, they divorced. Since then they have continued to be cordial to each other in the co-parenting of their three children, who live with Shelley full time in the house they purchased together almost fifteen years prior.

Because of the sacrifice of the Messiah, his blood poured out on the altar of the Cross, we’re a free people—free of penalties and punishments chalked up by all our misdeeds. And not just barely free, either. Abundantly free! He thought of everything, provided for everything we could possibly need, letting us in on the plans he took such delight in making. He set it all out before us in Christ, a long-range plan in which everything would be brought together and summed up in him, everything in deepest heaven, everything on planet earth. Ephesians 7:1 (Message)

Since the divorce, their sixteen year old daughter has began making some poor social decisions resulting in a deep depression. Their twelve year old son is now disrespectful and earning “F”’s for the first time in his life. And their six year old seems confused by his two rooms full of toys in different homes.

Like most couples who have divorced, both care deeply about the impact the divorce is having on their children. When they communicate about the needs of their children, they are civil with each other. Both began to date others, slowly, signing up on online dating sites. While they had no deep hatred of each other, both believed there was nothing left to their relationship.

As Shelley began to consider introducing someone to the children for an event, both of them asked the question at the same time: could they fell back in love again? They reached out for a Marriage Intensive to see if they could get personal and relationship healing and to see if they both wanted to begin to reconnect their hearts toward a second chance marriage.

11% of all divorces or more than 1 out of every 10 divorces end up with the couple remarrying each other.

Benefits of Remarrying Your Ex

Challenges to Remarrying Your Ex.

Shelley and Barnard did the hard work that was necessary in the Marriage Intensive. They each discovered many things they had done personally to contribute to the problems in their marriage. They dealt, with the gloves off, with the most wounded places in their relationship and God met them there and they found healing. Their efforts turned out wonderfully and they are excited and scared as they deepen their relationship by seriously dating again.

We love to hear from readers.  This is an especially difficult topic.  Do you know someone who needs to read this article?  What warnings or advice would you add to our list?  If you remarried your ex, what did you learn about the process that you can share with others?

Comment0 | Share | Tweet | Share | Pin It | +1 | print | email
Categories: Before You Divorce, Creating The Marriage You Want, Ministers and Pastors
Disclosure of Material Connection: Some of the links in the post above are “affiliate links.” This means if you click on the link and purchase the item, I will receive an affiliate commission. Regardless, I only recommend products or services I use personally and believe will add value to my readers. I am disclosing this in accordance with the Federal Trade Commission’s 16 CFR, Part 255: “Guides Concerning the Use of Endorsements and Testimonials in Advertising.”