Barry packed a suitcase and announced at the garage door that he was moving out. “Go *&!@#$% yourself”, Stacie yelled back. He pulled out of the garage headed for the couch at the office with tears in his eyes as she sat balling on the living room couch. 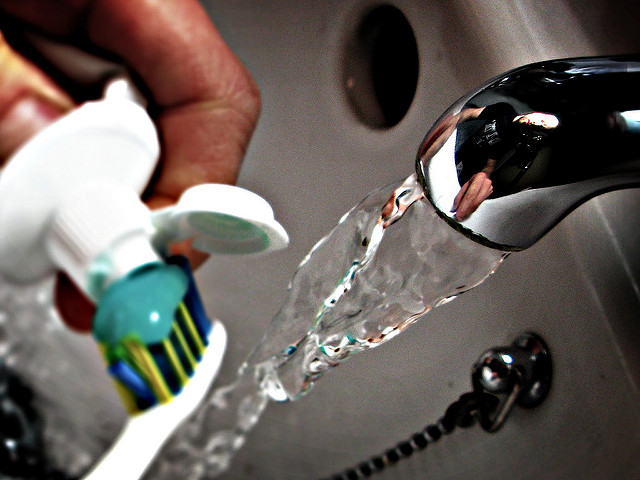 It had all started over an argument about toothpaste. She wanted him to stop leaving toothpaste residue in the sink and to stop leaving his toothpaste tube on the counter. He shut down and stopped talking. With no response, she came at him louder and stronger to try to get confirmation from him. Less than minutes later, they were separated.

Stacie called to set up a Marriage Intensive. They had been to a marriage counselor before and had also been to their minister several times over their thirty years of marriage. Barry refused to try counseling again as it always ended up in them yelling at each other in the counselor’s office. Their minister helped them have more grace and forgiveness but the issues would just pop again in the next week. She wanted to try something different because she was scared this was finally the end.

It’s Not About The Toothpaste

Within the first couple of hours of the Marriage Intensive, we helped each person discover the real issue behind the toothpaste argument.

‘Work toward unity, and live in harmony with one another. ‘ Romans 12:16a (VOICE)

When she was seven years old, she discovered that her mother and father were both having affairs. One night when he did not return home from work, her mother packed up all her father’s stuff and sat it on the front porch with a note telling him to leave.

She stayed up all night looking out the window watching for him. When he arrived early in the morning, he simply picked up the bags and loaded them in the car and drove off. “He didn’t even try to come into the house or say goodbye to me.”

Over the years of their marriage, the days before he would leave on a business trip were volatile. She would begin criticizing everything he did. Her anxiety about being abandoned would be in full force. She resented and hated that he was leaving her. She knew he loved her but the old lie given in an old wound was driving her to feel like she was not important and did not love her.

Just two days before he was about to leave on a trip that could mean financial success for their family’s finances, he went into the bathroom to brush his teeth and she let him have it.

Barry was a high achieving CEO of a successful family owned oil and gas industry business. He had always tried to prove that he was successful to her and others. He was never satisfied with his latest achievement, believing it was not enough.   He approached his marriage the same way.

Barry grew up with a learning disability in a time when educators did not understand it. As he failed at school, his teachers, classmates and parents told him that he was not trying enough. He took on a life we believe came from Satan that he is “not good enough”. All he ever wanted was to be accepted and loved and patted on the back for what he did do well.

As a six year old, Barry learned to shut down all of his emotions. He could be present but not hear anything that his parents or teachers were saying. He would tune out in order to protect himself from the criticism.

Over the years, when he perceived that she was dissatisfied with him in some way, even if she had not said anything, he would shut down. He began working later and later. He would leave the house shortly after waking up and return near bed time in order to avoid her criticism. When he started his company, he took as many jobs that required travel as possible in order to stay away from the possibility of her telling him, usually unintentionally, that he was not good enough.

Over the next couple of hours in the Marriage Intensive, we helped Barry and Stacie heal the brokenness within themselves and within the relationship. Discovering how their personal individual wounds were driving their spouse’s behavior helped them find empathy for each other.

Each came to a point of offering apologies to each other around how they were hurting each other. They learned some new tools to help them communicate to each other around issues in their marriage. And they made commitments to themselves to take positive and specific actions to create the marriage they both really want in their heart of hearts.

A New Future Together

We ran into them several weeks ago and they told us that their marriage is now stronger than it ever was. Barry is giving Stacie the assurance that she needs that their relationship commitment is strong and that he will never leave her. And Stacie is quick to affirm the things that Barry is doing well in their marriage.

They are living a beautiful example of what a Godly marriage looks like to their children and grandchildren… and to the many neighbors, friends and church members that are watching them.

We love to hear from readers.  Have you discovered your spouse’s dreams and world view?  How have you handled differences between your world view and your spouse’s world view?  Do you have any other suggestions you would add to our list? Do you know someone you need to forward this article to?