Melissa called for a marriage intensive the week that her affair was discovered by her husband. Her individual counselor had told her, “If you can get James to go, it’s the only thing I know that has a chance to save your marriage.” 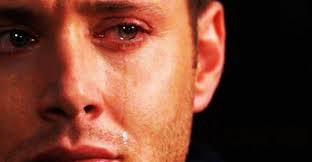 When she called she said, “I don’t know if this marriage can be saved. He kicked me out of the house. I don’t know if James will ever forgive me or trust me again.”

‘Love puts up with anything and everything that comes along; it trusts, hopes, and endures no matter what.’ I Corinthians 13:7 (VOICE)

Affairs Are Rarely About Sex

During the first hour together, we were able to learn that James has set up his life so that he doesn’t express or trust his feelings. His father was abusive to him and his mother. He learned early on not to express his feelings or he would be belittled or beaten.   As a law enforcement official, this way of doing life worked well for him and he was highly respected by his supervisors and peers.

However, Melissa grew up in an openly express emotional environment. When they were dating, engaged and first married, James would listen and then give her advice about what she should do. She accepted it as his way of caring.

Emotional Connection Outside The Marriage

But over the last five years, he would stop her from sharing because, “if you are not going to take my advice then I don’t want to hear about it.” Melissa needed someone to talk to. First she would share her ups and downs in life with a group of coworkers. There was one who was always willing to stay a little later and listen.

Samuel always expressed how much he cared about her. To her, it seemed like there was finally someone who was really getting her. Over the next year, they became closer and closer emotionally. They had both talked about how they felt toward one another and that they did not want anything to go further because two families were at stake.

About a month before calling us, Melissa and Samuel were alone sitting in his truck and she had just been crying about work stress. Samuel reached over to give her a caring hug and in the next few minutes they began kissing. Her heart was rushing and everything about it was what she knew she needed but was wrong. She was so confused.

The next couple of times they met, they maintained their physical boundaries. But they found themselves in her car during a lunch break alone in a garage and in each other’s arms. This time, they were unable to contain themselves.

James found out about it when she was so distracted by text messages over the next couple of days. He picked up her phone and discovered loving texts between the two and it was no longer a secret.

It was obvious that both James and Melissa loved each other deeply, but their marriage had suffered a tremendous traumatic event. James was caught between thoughts of banishing her from his life and working to save the marriage. Melissa just wanted to undo the damage she had done and try to keep the marriage together for the sake of their young son.

Clarity In The Way Ahead

During the Marriage Intensive, we fully explored the dilemma James was in, including assessing all of the risks for each option he was pondering. We helped him get clear on what he wanted and to find commitment to pursuing salvaging and restoring the relationship.

Healing In The Wounded Places

We helped Melissa discover a deep wound around her need to know she is a lovable person, worthy of connection. Her parents had neglected her as they who only approved of her older brother. Everything James did seemed to tell her that she was unlovable. By lunchtime, Melissa was able to do some growth work and get healing around that wounded place.

We helped James uncover his desire for companionship and acknowledgement for all that he does as a father and husband. He was able to share with Melissa the things he most needs from her and specifically ask for what would make him feel stronger in his marriage.

We helped Melissa share her need for a person who will listen to her emotionally and not try to fix anything. We helped Melissa say it in a way that James could actually hear it. She wanted more time with him, date nights, and doing chores and activities together instead of separately.

During the afternoon, we put Melissa and James into couples communication chairs and coached them on how to speak to and hear what the other person is saying. Through a series of exercises, they were able to resolve a long standing issue in the marriage, share what they appreciated about each other, take ownership and apologize for where they were wounding the other person and deeply connect their hearts together.

They learned the difference between forgiveness and trust and how to do each one over time.  We also shared with them research backed approaches to rekindling their love again and handling future conflict.

Planning A Future Together

The last piece of the day was focused on helping them discover what the marriage needed from each one of them. Based upon their assessment, we helped them make SMART short term goal commitments that each committed to doing unilaterally regardless of what the other person did or did not do. They made a commitment to be held accountable in a follow up session.

Everyone of the over two hundred marriage intensives we have done has ended with positive affirmation that they got what they came for and it was worth their time, money and effort. That was the case with James and Melissa as well.

About 85% of marriages who go through the Marriage Intensive are still married after one year. For Melissa and James, it has been over a year and they are still doing well together. The affair recovery is not fully complete – James still checks Melissa’s email and cell phone from time to time, but the emotional connectedness is strong. James is listening to her talk about the stress in her life almost every day and is actually participating by sharing with her about his world.

James and Melissa had started out their relationship and marriage going to church almost every Sunday. I’m happy to report that they pray together, attend Sundays and are also a part of a small group with other married couples. They report that their faith and relationship has never been stronger.

How To Attend A Marriage Intensive

We love to hear from readers. Do you agree that an affair is one of the symptoms of an unhealthy relationship and is rarely just about sex?  Has your marriage survived an affair, what was helpful?  What advice would you give Melissa and James?  Do you know someone you need to forward this article to?