Michael and Jessica were about an hour into a Marriage Intensive with us when we all four discovered something quite incredible: They both have the same core identity wound in their lives. 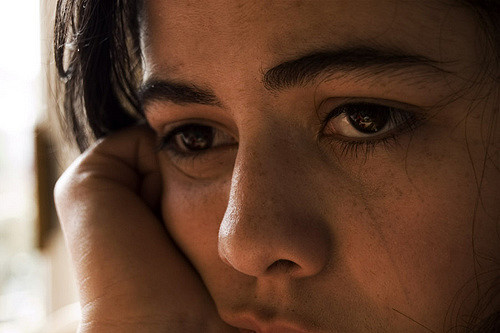 Michael’s parents were together briefly as he was born but they never married. His father, in particular, was unengaged. He would show up for certain school functions, many times after drinking too much.

Too frequently when Michael sought out a brief “atta boy” from his father, he instead felt his father’s absence or, worse, sometimes heard his father’s criticism. His father, unintentionally, sent him a message that he is not goo enough.

Jessica never knew her father. Her single mother, trying to raise three girls, did the very best she could. Too often she was so worn out at the end of her shifts that she would sleep when she was in the home. To make everything work, she asked her oldest daughter, Jessica, to pick up taking care of her sisters, doing most of the home chores, etc.

Jessica was doing the best she could at school and at home. When she looked to her mother for a compliment, instead she found her asleep again, out with her friends, or, when it was really bad, critical of something that she had done wrong.

‘Even though you intended to harm me, God intended it only for good, and through me, He preserved the lives of countless people, as He is still doing today.’ Genesis 50:20 (VOICE)

Wounding Each Other In Their Woundedness

Michael and Jessica had been married for five years. Jessica was loving her family the best she could as a stay-at-home wife. She took care of the majority of the chores and caring for the two preschoolers.

When Michael was home from work, he was tired. He would lie on the couch and sleep or watch sports on TV. He hardly ever noticed what Jessica had been doing all day, unless it happened that Jessica had not done it.   When he became critical of what she had done or failed to do in maintaining the home, she was hearing the same thing her mom used to tell her, “You are not good enough”.

Feeling like she was not good enough, she began enjoying some attention from an old friend in her life. Her mother would watch the kids and she would sneak away to someone who would notice her, appreciate her, and spend time with her. She felt guilty but it felt so good to feel good enough.

When Michael found out, he automatically felt like he was not man enough to take care of his wife. He was not a good enough lover, provider, husband, etc. Feeling like he was not good enough, he pushed her away by getting big and loud. Her reactions to his hateful words became the evidence that he needed that he would never be good enough for her.

Healing In The Wounded Places

During the Marriage Intensive, they were able to gain some healing in each of their wounded places. And as they discovered how they were hurting each other, they began the healing process of the most wounded places in their relationship.

By the end of the Marriage Intensive, Jessica and Michael made the following commitments to each other:

Jessica and Michael are doing great now three and a half years since their Marriage Intensive. They have another child and are back in love again. They are still dating regularly and have since attended one of our Life Together Forever Weekends.

We love to hear from readers.  Do you know what your core wound is?  How does your core wound affect your marriage relationship?  What is your spouse’s core wound and how does it affect your marriage?  What have you done or are you doing to bring healing in your woundedness so that you do not wound your spouse through it? What other suggestions you would add to this article? Do you know someone you need to forward this article to?